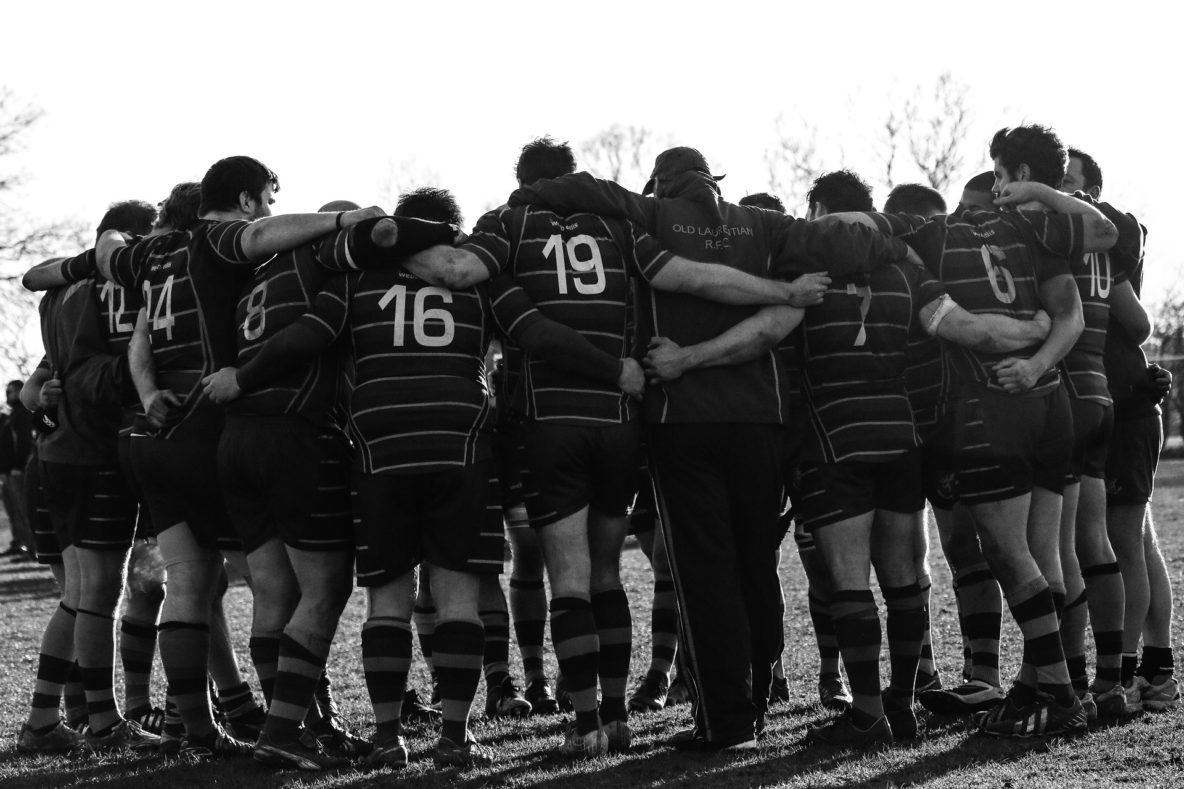 Most people think of golf when they think of a sport in Scotland. As a kid growing up in Edinburgh, it was the grass rugby pitch that defined my lifelong appreciation for resilience.
Over years of debate about which football game is tougher, runs faster or plays harder, I’m here to tell you, rugby is totally hard core.
From Sunday leagues to premier divisions, playing rugby taught me three things I practice every day: 1). there’s no whining on the field of play; 2). if you stay patient and keep your head in the game, you’ll succeed; and 3). there’s no padding in the real world. Rugby is the original school of hard knocks—you’ve got to make and take the hits before pivoting to the next play.
The current market we’re in reminds me of my competitive days, especially when my team had been promoted into the premier league and we were facing bigger, more formidable players—the “big boys”—with better funding and better training.
During the preseason, players were stressed and worried about being destroyed by more impressive teams. We knew we didn’t have to be physically tougher, we just had to be smarter. Our mindset sucked. We forgot that the game is thrilling and beautiful and the best sport in the world. And we forgot, for a minute, that we knew we could go out onto the field and play like a beast. When we changed our attitude, we changed our game.
The overall problem my coach and teammates had to overcome was a lack of confidence. Even though our team had dominated last season’s league and won the majority of our matches, there was a look of fear in most of the players’ eyes—which the coach didn’t immediately recognize. It was only after two convincing defeats in preseason games that the coach quickly realized that he had a mindset problem on his hands and we had to regroup.
What I quickly realized during that period was that, even though we were at peak fitness, unless we had a solid strategy to reboot our confidence, our team was not going to measure up. What I saw next was my coach transforming into a leader as he moved his focus away from pure fitness to work with our team on the following three areas—each of which works equally well in business.
• Strategy. This area does not only need to be formulated for the whole season but also going into each game. The coach developed a SWOT (strengths, weaknesses, opportunities and threats) analysis of each team to detail where we had blind spots and what plays we could use to take advantage of our opponents’ weaknesses. • Discipline. This focus is essential as you start to roll out your strategy. Attendance at training sessions and briefings, communication among teammates and working to improve weak links are all areas where discipline is needed. • Execution. This is game time. Have the strategy plan, the endless training, the continuous communication and motivational speeches been enough to give your larger opponents a run for their money?
All three, plus a little luck, are needed to compete at the highest level and come away with a fair share of the rewards, while keeping motivation high and the team spirit intact.
Learn to bend, not break
Many business owners and CEO’s complain about other companies or get intimidated by what they imagine the bigger companies have that they don’t. Many run scared, make poor strategy decisions, opt for short-term defensive positions or get paralyzed and make no decision at all. Suddenly, fear is rife throughout the company and performance withers. In the workplace or in a scrum, one person being in a negative mindset affects everyone.
A culture of positivity starts at the top. Every team needs a captain—someone to call the plays and encourage the team to victory, or as we say in rugby, learn to bend, not break.
As captains of businesses, leaders need to inspire their employees with a winning strategy and then build a robust framework around discipline and accountability to ensure success.
When employees are hesitant or lack confidence, whether selling big jobs, working important leads, taking on new business or new roles, company leaders can help them overcome their attitude obstacles by reminding them that in a team it takes 15 players to score and every player knows how to play all 14 positions. No one goes into the play alone.
In rugby, players must play all 80 minutes of the game and push through. Your team must be committed to the whole game. It’s easy to get intimidated by the reputation of a rougher team or a bigger business or going face to face with another player who is twice your size. I encourage you not to bury your head in the sand, fold under pressure or go into reactive mode. Setbacks are inevitable, but with the right attitude, they can be a driver of innovative new ways to win.
As I say in my coaching business, “Everything you want is on the other side of fear.” Carve out your own reason for winning, focus on the biggest opportunity in front of you and do the one thing you do insanely well and then do it better.